The District X candidates are identified below. See all candidates here (login is required to view this page).

Dr. Lisa  Cosgrove has a longstanding history of leadership positions in health care, government and clinical research. Medical Society elected positions include AAP District X Vice-Chair, Chapter Forum Management Committee; Board Member and Subspecialty Society Representative to the Florida Medical Association; President and Board Member of the Florida Chapter AAP and President and Board Member to the Brevard County Medical Society. She has also served the state of Florida as the Florida Medicaid Pharmacy and Therapeutics Committee Chair as well as Chair of the Children’s Cabinet and leading the Florida Chipra Medical Home Project over a five year period.

Dr. Cosgrove is a bilingual pediatrician who has diverse experience as a private practicing physician whose NCQA enrolled practice participates in the AAP PROS as Florida State Representative, and several QUINN Committee Projects to include Safe and Healthy Beginnings, Medical Home, Bright Futures and Newborn Screening. In her capacity as President of Florida Chapter AAP Dr. Cosgrove represented chapter membership in two lawsuits regarding access for children and safety of guns in the home.

Native to Arkansas, she has practiced medicine internationally in the Caribbean, Mexico and Ecuador and as such is an active board member on International Medical Graduates section Dr. Cosgrove is an integral part of the Space Coast of Florida community where her 24 year practice is located and where she raised her children. She is the proud mother of three young men, two daughter-in-laws and 2 grandsons; some of whom live in Ecuador. Dr. Cosgrove’s love of children extends from home to all corners of the globe leading her to volunteer as director of a nonprofit agency, Home At Last Adoption Agency, offering domestic adoption services in Central Florida as well as internationally.

Position Statement: When I was young I always had this vision of working with kids. My dream was fulfilled when I first became a pediatric intensive care nurse and subsequently a pediatrician. I am passionate about children and helping them to achieve their highest potential. One of the reasons I have become involved deeply with the FCAAP and AAP is I have a long term goal to make a difference in the lives of children. Every little small accomplishment means that I have been able to change a wrong in the lives of the most vulnerable. My motto has always been “Children First”.

In my capacity as President of Florida Chapter AAP I became a seasoned spokesperson representing chapter membership in two lawsuits. The first was a class action lawsuit initiated by the Florida Chapter of the American Academy of Pediatrics (FCAAP), the Florida Academy of Pediatric Dentistry, and the parents of the children under Medicaid in 2005 taking her on an 11-year journey. The case settled in 2016. The second was Florida State legislation on Gun safety which came to be known as ‘Docs v. Glocks’. A federal appeals court cleared the way last month for Florida doctors to talk to their patients about gun safety, overturning a 2011 law that pitted medical providers against the state’s powerful gun lobby.

As leader at the AAP, I will continue to give 100% to supporting the goals and vision of the American Academy of Pediatrics and endeavor to give all children access to quality healthcare and good lives. I will continue fights similar to the ones that I have done above and be an out front spokesperson for children’s rights at every chance that I get. 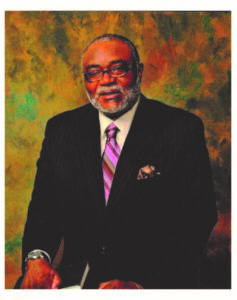 Albert Z. (AZ) Holloway, MD, FAAP, is a past president of the Alabama Chapter of the American Academy of Pediatrics (AL-AAP) and current serves as Chair of it Pediatric Council.  In private practice in Montgomery since 1982. Currently manages a general pediatric practice with Montgomery Area Mental Health Center.  Dr. Holloway served as Chief Medical Officer with Health Services, Inc.  As a primary care pediatrician, he has been heavily involved in both his local community and the state pediatric community in a number of ways, including service on the Regional Perinatal Advisory Council, the Sickle Cell Advisory Council, the Lowndes County Home Health Advisory Council, the State Task Force for Preventive Health, the Success by Six Health Committee, the Lead Poisoning Advisory Committee, and as co-medical director of the Child Health Project, among others.  He is a current member of the State Perinatal Advisor Committee.  He chairs the city/county Joint Public Charity Board of Montgomery, Alabama.

A member of the Executive Board of AL-AAP from 2002 – 2011, he has represented the Chapter on numerous state task forces, including the Alabama Department of Education’s Nutrition Task Force to explore ways to improve nutrition in schools and one of the children’s Rehabilitation Services’ Health 2010 workgroups for children with special health care needs.  With his background as chair of the Chapter Pediatric Council since 2008, he was selected as a member of the national American Academy of Pediatrics Private Payor Advocacy Advisory Committee in 2012. He is currently completing his last year of the three year term of the National Nominating Committee.

Position Statement: I am honored and excited to be a candidate for district chair.  In these challenging times we are facing on a national level as well as on the state chapter level, I hope to continue the great work that Sally Goza has been doing for the past six years.  Her shoes will be hard to fill but I know that I am up to the challenge.

I plan to continue to help the four chapter in our district to excel not only in Advocacy for children but also ensuring that our members practice the highest quality healthcare, experience professional satisfaction and personal well-being.

The Academy’s five year strategic plan lays a wonderful groundwork for the Academy to remain strong, healthy and vibrant over the next five years.  While we have a national strategic plan we also must look at each chapter strategically and develop long term goals for continued health and vibrancy on the local and national level.  We must continue to seek diversity and inclusiveness within our Academy and in the delivery of pediatric care.

As the board transitions from a management board to a governing board, we have to redefine roles and expectations, as well as grapple with appropriate representation on the board both geographically, specialty and other constituencies.

Locally, within our current four chapters in District X, we must continue to advocate for what is best for children and families as well as add value for our member which must include continue QI strengthening.

We must be agile as we adapt to the changing landscape of pediatrics. We must be proactive as we continue to address technology, population health, value based payments and other issues that affect our members. I look forward to serving as District Chair of District X.

Mobeen H. Rathore, MD, FAAP is a pediatrician, active clinician, and a dedicated advocate for children.   As President of the Florida Chapter of AAP, he led the fight for increasing access to healthcare for children and protecting physicians’ right to discuss gun safety at home. These issues were upheld by Federal courts and have national implications.

He collaborated in AAP task force on adolescent HIV, and in developing the AAP’s Disaster Preparedness Toolkit.  He is a member of the Committee on Infectious Diseases (Red Book Committee), and on the Editorial Board of Pediatrics in Review and previously of AAP Grand Round.

Additionally, he is on the Board of Governors of Florida Medical Association, past President of Duval County Medical Society, and served on boards of HIV Medicine Association, Pediatric Infectious Diseases Society, and Wolfson Children’s Hospital.

As a community advocate, Dr. Rathore started a free clinic, serves on the board of a community diversity organization, is President-elect of Leadership Jacksonville, and is a Mayoral appointee to the Environmental Protection, Asian American Advisory, and HIV Advisory Boards. 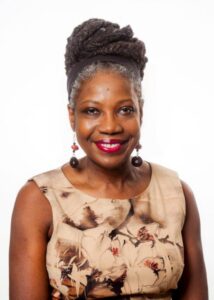 Evelyn is a general pediatrician born, raised and trained in GA. The path to her current practice in SE GA(Brunswick) began with primary education in SW GA (Columbus) followed by college classes at GA TECH and UGA, then 3 years in the US Army with overseas duty in Okinawa. The path meandered back to UGA, then U of Kansas (Clinical Psy), back to MSM for her MD, then to UMMS for Peds residency. Readied with the MSM motto “to serve the underserved,” and trained at an inner city (Baltimore) residency, then moving to South FL to work at a migrant health clinic was an ideal recipe to launch her into a solo, 80% Medicaid practice in SE GA. Having come full circle to GA, she was introduced to the GA-AAP 20 years ago and has never regretted her membership. She has chaired the chapter’s Healthy Weight Taskforce; represented the chapter on the GA Children’s Cabinet, GA SHAPE, and the BrainTrust.  Advocacy experiences through the chapter legislative committee, as well as attending the annual Legislative Conference in Washington have given her an invaluable foundation to serve. Four years of leadership in the Chapter allowed her to view the AAP from all angles and she stands ready to sell all her colleagues on the multitude of benefits that membership offers. Being a part of this 60K+ member professional society has truly been a fulfilling experience and to continue in a role of nominating future leaders would be a most honorable position.