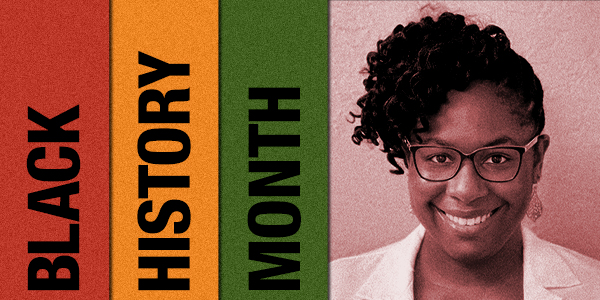 Special to FCAAP News by Adaobi C. Okobi, MD.
In honor of Black History Month, FCAAP is excited to share her story.

I always knew I wanted to be a pediatrician, though I did not know what that truly entailed when I was a young child. I do know that I was always met with smiles and encouragement when I made my claim and no one ever steered me away from that goal. I am the first of four children and, with both of my parents leaving Nigeria to further their education, college was not only encouraged but expected. My parents came here on student visas and thus did not qualify for student loans or grants. They paid their way bussing tables, driving taxis, and cleaning office buildings. They laid a foundation of hard work and diligence that they passed on to us. I assumed that all parents were laying that same groundwork in their children and pushing them to be their best. I really believed that growing up in America where the streets are “paved with gold,” everyone that was born here already had a leg up. Little did I know how different this concept is for so many people in this country.

In college I took an Afro studies class called “The Black Family” that gave me more insight about the circumstances that many African American people experienced in this country. Many African American people I knew did not grow up with both of their parents married and in the same household. It did not occur to me that many black men were incarcerated during the prime years of their lives, but it certainly explained why there was a shortage of black men on my college campus. It is difficult to have an environment conducive to learning when the message that you receive from society, and even your teachers, is negative. If you do not have positive role models in professions that you wish to aspire to, those careers do not seem attainable.

There were many people I knew who were the first to go to college in their families. By the time I got to medical school, where I was one of only 7 African American people (five women and two men) in a class of 100 students, I was used to being a “minority.” I did my pediatric residency in north Philadelphia, a primarily African American neighborhood. Parents of my African American patients would be thrilled to meet me when I introduced myself as their child’s pediatrician because they could see the manifestation of dreams that they had for their child. I could relate to them in ways that my Caucasian co-residents could not. It would give me joy to speak to my young patients about their future goals and encourage them to work hard and stay in school. I had witnessed the difficulties that these children would have to surmount to try to get where I was and I knew that if you see someone who looks like you, doing what you are dreaming to do, it makes it that much more realistic for you to achieve your goals. So, I am always happy to spend a little more time with my African American patients because in my current practice, I am one of the only black physicians that they are likely to meet. I feel an affinity towards other immigrant families because, though they don’t know this, their stories resonate with mine.